Intrapreneur or Entrepreneur? Prophet or Priest? The Whole Church Called to Innovation. 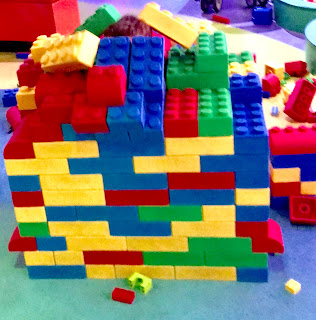 When I was in seminary, one of the critical differentials discussed for ministry leadership was between the prophet and the priest.

A prophet is one who is willing to work outside the bounds of a given (religious) system and institution for the sake of work they discern to be of value to a community and in rhythm with God’s mission to reconcile the whole world. A bit reductionist, I know, but bare with me. This involves variable risks and the willingness to speak truth to (religious or social) powers when they are at odds with that very mission. Even more, these prophets are willing to create alternatives, i.e. grassroots movements, newly organized communities, etc., to those very systems and institutions. Prophets refuse to wait for the change they long to see. Prophetic work is hard, sometimes lonely, and can possibly put a leader at odds with the very hands that feed them.

There is plenty of room to nuance more and better, but the point is we need the prophets among us. Institutions without an ear tuned to the voice of the prophets can become oppressive in function, perpetuates of injustice, and breeders of despair within the contexts they were established to serve.

Then there is the priest. A priest is the face of both the institution and the people, even a mediator between the two. In the biblical story, a priest mediates among the people, the institution, and God. The priest serves a vital role in the community, intended to be an arbiter for God’s justice and reconciliation. Priests wear the garments of the (religious or social) systems, speak the language of the institution, and are charged with moving the sacred and shared narrative forward for the sake of the generations to come. In a word, priests are charged with the work of sustainability. This call is not for self-preservation alone; rather, their call is because the story is so good it must be told and retold, shared and proclaimed from the holiest of holies to the outer courts and margins of society.

And we need the priests among us. Prophetic work without priestly partnerships are more vulnerable to isolation and death. In this sense, if the priests have their eyes and ears attuned to the good word and witness of the prophets, daring to partner together, these movements and alternative communities can be sustained and effect change in the larger institutional narrative and corporate witness in the world. They can even minimize (eliminate?) oppression.

Over the last few weeks, I have stumbled into numerous conversations that have highlighted the word, “intrapreneur.” I was familiar with the buzz word, “entrepreneur,” being waved as a banner among ministry innovation circles, but this one was new to me.  Yet it made sense.

“You will be familiar with entrepreneurs, those individuals who set out to create something special, generally via a start-up business model. They are the ideas people, the disruptors, the individuals who have seen an opportunity and are out to make a difference. You may not be aware that key individuals within your organization display the same traits. These are the intrapraneurs, the individuals who are not content to sit back but who have a burning desire to help their organization to succeed and the imagination and drive to carry change along with them. Intrapreneurs are the organization’s natural innovators, comfortable with navigating uncertainty and exploring new terrain. They apply entrepreneurial thinking and actions to the role which they play within the organization and that means that above everything else they embody the fact that innovation is everyone’s job” (Building a Culture of Innovation 162).

There it is, live and in the world of corporate innovation. Prophets as entrepreneurs and priests as intrapreneurs. Together called to ministry innovation in and through grassroots movements and religious institutions able to effect sustainable change in the neighborhoods, communities, congregations, and larger world God so loves.

Here I also found a little nugget of self-discovery. In the midst of all the pressure to be entrepreneurial as a minister, community leader, and presbyter, I found renewed energy in the possibility that my gift set was more intrapreneurial (for now). As an intrapraneur, I am called to collaborate and innovate within the systems (read: presbytery and church) that can be good and must always strive to be better. Intrapreneurs are able to energize, empower, equip, implement, and work to sustain new possibilities within a given organization and to strive to serve as partners with those more entrepreneurial in nature. While there are quibbles about who is more innovative, risk-taking, and faithful to the collective story, we need both. Prophet and priest. Entrepreneur and intrapreneur. They are each vital vocations with their own quirks and pitfalls, hopes and aspirations. They are not to be opponents or binary tracks. There's actually great overlap.

This is where Anna Mazzone drops knowledge:

"Suits or sneakers? Suits AND sneakers! While intrapreneurs and entrepreneurs both try to to solve a genuine problem, the level of chutzpah or mannerliness, the risk and reward, the degree of freedom, the resource opportunities, the network, and maybe most prominently the environment in which they function, are different. They do share having that entrepreneurial DNA, and so it’s no wonder that we see a growing number of people switching roles from being an intrapreneur to becoming an entrepreneur- and vice versa. In a future workplace where one will pursue several careers in one lifetime, it’s probably best to focus not on the title per se, but on further developing the underlying personality and mindset and improving the environment for accommodating both in your organization.” (“Suits vs. Sneakers,” Nitzan Merguei, Academy for Corporate Entrepreneurship Blog. Aug 19, 2016).

Would love to see more discussions in the church related to both offices and calls. I am barely a beginner in this learning lab. But I do believe this conversation could help leaders in varied places be more collaborative at grassroots and institutional levels of the church as we share the work of ministry innovation.

After all, innovation is everyone’s job.

Helpful Reads:
Beswick, Chris, Derek Bishop, and Jo Garaghty. Building a Culture of Innovation: A Practical Framework for Placing Innovation at the Core of Your Business. Philadelphia: Kogan Page, 2016.