What Atticus Finch Would Say About #PhilandoCastile #AltonSterling #Dallas 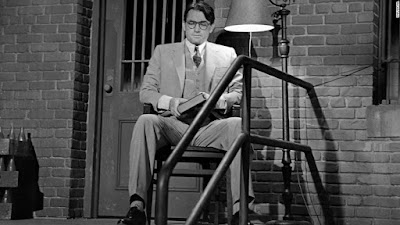 Thursday night, I was talking to my five-year-old son about ‪#‎PhilandoCastile‬ and ‪#‎AltonSterling. We were on our way to get a haircut and, as he sat in the backseat of our car, I wanted to engage his tender heart not yet jilted by cynicism.

How I envy him and our other two children.

Without even the slightest of hesitation, my son went on a rant about how all should be treated the same and able to go to the same schools and ride the same buses and sit wherever they want. He started talking about Martin Luther King, Jr., and his call to love everybody. He told me God made everybody in a lot of different colors. All this and more he has learned from his family and his teachers- the village of saints who have framed the minds of our children.

My eyes welled up a bit, especially as I thought about how he lives this out when at the playground or any public place. The kid befriends anyone within reach. He loves to love and be loved. He has few barriers to personal extensions of welcome and invitations of inclusion. Difference does not divide his sense of community between us and them. For my son, there is only “we.” He has yet to be exposed to the painful realities of marginalization, racism, and various phobias that plague our nation and world. He is certainly unaware of his privilege. The same is true for his siblings.

As we drove, I also thought about the four-year-old girl who watched her father, Philando Castile, be executed out of hate and ignorance while she sat in the backseat of the family car. My heart broke and my spirit raged. Maybe she had similar conversations with her daddy en route to haircuts or grocery stores, preschool or playground. Her father may have explained to her that sometimes people would not treat her and others like her as though they were worthy of love, respect, and equal opportunity. Much like my son, this may have been something she was unable to understand; now she unjustly knows more than any other young child.

Atticus Finch may have been on to something when he suggested to his daughter, Scout, “maybe we need a police force of children” (To Kill a Mockingbird, by Harper L. Lee).

If our public defenders were children, they wouldn’t kill the black lives that matter; maybe others would’t be so enraged to take the lives of law enforcement, either.

That same Thursday night, a mere four hours after talking with my son, my phone started going haywire with news alerts and text messages. The Dallas protests, intended to serve as peaceful demonstrations in light of the murder of Philando Castile‬ and Alton Sterling, had been co-opted. Eleven officers sniped and five killed. More victims. More mourning. More madness.

We can no longer find safety in our assemblies and protests. We do not know how to make for peace. We know only of fear and violence begetting more violence.

So we are wearied. We are worn.  While hashtags, blogposts, prayers, and well-intentioned statements may keep a critical conversation at the forefront of our cultural concerns, we need much more.  My “slackivism" that frames this blog entry and others is certainly not enough.

So I am asking a lot of questions, saying a fair share of prayers, reading Scripture, and doing my best not to be frozen by frustration and despair.  I am confronting my own prejudices, confessing and clipping away my own racism, acknowledging my privilege, and looking for leaders I can learn alongside. I am talking with (and hugging) my children while also listening to the voices of those who know too well what it means to be judged by the color of their skin not the content of their character.  I am committing to engage movements of change supported by the ecumenical, interfaith, and bipartisan community whereby citizens and public servants work hand in hand to confront all forms of injustice and oppression that take human lives as collateral for cowardice ideologies, insecurities, and fanatical corruptions of whatever religion of choice.

The time is now to dismantle the hate and racism that plagues our communities and steals the daddies away from their kids. Actually, the time was yesterday and the day before and the years before that.


Our children are counting on us. Actually, they may be the ones best able to lead us.

"See what love the Father has given us, that we should be called children of God; and that is what we are...Little children, let us love, not in word or speech,
but in truth and action."
(1 John 3:1, 18)
Posted by Greg Klimovitz
Labels: Culture, Current Events, Missional Church, Parenting, Prayers of the People, Religion, Social Justice, Vocation
Newer Post Older Post Home