Be Opened: Lectionary Reflections for Back to School Youth and the Rest of Us, too. 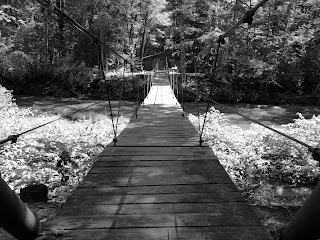 The disciples were pilgrimaging with this prophetic Rabbi when he put his fingers in the ears and touched the tongue of a deaf man with a speech impediment.

Only a handful of verses earlier, Jesus encountered a Syrophoenician woman. This Gentile neighbor ran to the Jewish Messiah and pleaded for the life of her beloved child suffering from an “unclean spirit,” a sure subversion of first-century social mores. She knew her life mattered; her daughter's life mattered. Unconcerned about such racial barriers and ethnic codes of segregation, this poised mama dared, even provoked, Jesus to model the same.

And she was open to a miracle and resurrection possibilities. Her only question, would Jesus be open as well?

The answer, “the demon has left your daughter.”

These two healing stories are everything but loose fragments and isolated parables in the building of Mark’s gospel.  Last week’s lectionary highlighted the preface to the narratives we encounter this Sunday.  Jesus challenged the Pharisees and Scribes who had become so obsessed with the letter of the law they were closed to the reality that in Jesus God was doing very new things.

Now we read of Jesus practicing what he preached. The entirety of Mark 7 is a call to be opened to what God is doing all around us, even when it confronts our most hallowed traditions, collective assumptions, and cultural barriers set up to protect and preserve what we (sometimes falsely) believe to be right and good. Jesus' witness pushes us to collapse anything and everything set-up to oppress or marginalize another.

If we are truly listening, we will notice Mark’s account of these healing stories is aimed at us. They dare us to remain open.  They challenge us to hold loosely our truth claims, comfort zones, and social networks as we consider what God may be up to in the very people and places we have previously dismissed.

Every year for the last four years I have written a letter to students as they go back to school.  These letters are public prayers for those who navigate the hallways and commune in classrooms for 180+ days of the year.

This year I write less of a letter and more of an echo of the words of Christ, “Be opened.” If we listen carefully, what follows are invitations for all of us.

Be opened by your neighbor next door, behind, and in front of you, as their life and story are equally as significant as your own.

Be opened by history learned and lamented, celebrated and grieved. Be opened by how history can transform our collective present and future.

Be opened by the teachers in your midst, who have devoted their lives to spark the imaginations of young people and nurture agents of change locally and globally.

Be opened by nonviolent means to solve conflict.

Be opened by forgiveness.

Be opened by faith communities, especially those different from your own. What may God teach you through the convictions of others?

Be opened by rest, aware you cannot do everything, all the time, every day.

Be opened by play, reminded life is a gift to be enjoyed versus a task to be completed.

Be opened by Scripture and new ways of understanding the story we claim as sacred. Welcome others to read alongside you and remain open to the possibility of the Spirit reading you page after page, story after story.

Be opened by service and opportunities to engage your most vulnerable neighbors. Recognize the stranger not as less rather as equal.

Be opened by advocacy for those relegated to the margins of your campuses, workplaces, neighborhoods, cities, and world. Dare to challenge the status quo and never cease to elevate the voices from the fringes of society.

Be opened by art, so frequently the Spirit’s tool for social change and movements rooted in God’s concern for justice and equity.

Be opened by being wrong.

Be opened by being right.

Be opened by failure.

Be opened by joy.

Be opened by tears.

Be opened by hope.

Be opened by shared suffering.

Be opened by witnessed resurrection.

Be opened by the One who was able not only to open the eyes and ears of the blind and deaf, but also a cold and dark tomb many believed would forever remain closed.

Thanks to fellow Presby, Mihee Kim-Kort, for featuring the litany in her Podcast, "This Everyday Holy":
http://thiseverydayholy.com/2015/09/06/episode-11-putting-faith-to-work/

A great Podcast that brilliantly engages the story of the Syrophoenician woman:
LectioCast: Entrusting Ourselves to Abundance and Generosity
http://homebrewedchristianity.com/2015/08/31/entrusting-ourselves-to-abundance-and-generosity-lectiocast/