Beatitudes Remixed for the Pandemic 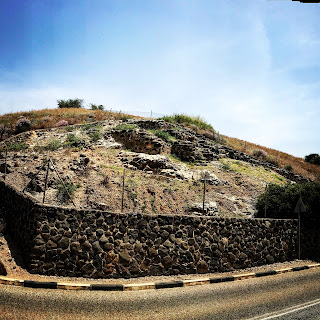 Below is an excerpt fro the sermon delivered at Gladwyne Presbyterian Church on All Saints Sunday, November 1, 2020. Full audio soon to be posted here and below.

I am convinced Jesus' Sermon on the Mount, particularly the first 12 verses of Matthew 5, are to be regular meditations for all those who profess to follow Jesus. The beatitudes, Latin for “blessing,” are the prelude to the Messianic anthem and inclusive roll call of all invited to adventure along this absurd parade route with the ultimate destination a world made new and right again.

For those living in a first-century context of occupation by a foreign power, when imperial soldiers patrolled the streets and could force Palestinian Jews into service or do violence to their Brown bodies at a moments notice, with tax systems that perpetuated an unjust economy that favored the rich, and religious institutions were in bed with the empire as they worshipped privilege and preservation over God’s call for justice, peace, and welfare for all who bear the image of their maker- this was very good news.

In our own time, with so much grief and loss from the twin pandemics of COVID and racism, with our own corrupt, exploitative, and unchecked power structures and people, when an election is just two days away, when another Black life, this one battling mental illness, has been claimed by law enforcement- this time in West Philly-  we may be longing for these blessings more so than the last time they came around in the lectionary cycle. Because here at Jesus’ rally, instead of rants and rages bent on division and quests for power, Jesus flips the script and draws together the meek and the mourners, activists and justice seekers, those who hunger for a better world, others who organize for peace, and still more those tossed to the side or wrongfully imprisoned by the powers that be. In essence, the beatitudes are Jesus identifying with the struggle of the downtrodden, validating and vindicating the specificity of their struggle, and affirming, as James Cone said, God is the God of the Oppressed. Yes, their lives mattered. This is good news.

Last May, I pilgrimaged to the Holy Land with a group of pastors and ministry leaders from around the country. One of our stops was actually at the traditional site for this Sermon on the Mount. I’ll never forget the beauty of the landscaped hills, gardens, and chapel that overlooked the Sea of Galilee. As you walked along the floral lined path, there were plaques of each beatitude. In English, of course, which is a sermon for another day…It was breathtaking. I even plucked a flower and have it taped inside the Bible I just read from this morning. But what I most remember is our guide breaking the sacred moment as we made our way out of the garden, telling us Jesus probably never preached where we just were. Then he pointed to the left to the far-less beautiful hillside, across a paved road as cars trafficked, and enclosed with a chain linked fence. “Friends,” he said to us. “This is the more likely location where Jesus spoke the beatitudes.” It was so very ordinary, much less sexy, and on the fringe of the gardens. There were not any flowers to pluck; just rocks and dry dirt surrounded by a rickety fence. This is where, apparently, Jesus took a seated position and embodied a new way in the tradition of Moses, which extended far wider than even the greatest of prophets. In the ordinariness of the day among those often ignored and dismissed as the world trafficked by them, Jesus pronounced blessings and welcome and embrace.  Like a seminarian shared with me in the spring, in the gospel the only thing that Jesus excludes is exclusion. Blessed are…welcome are…included as kin are… Said differently, the beatitudes are Jesus’ great Yes And to those all too familiar with No, But…This Gospel is again the embodiment of Psalm 34, “The LORD is near to the broken hearted and saves the crushed in spirit” (v. 18).

I wonder, then, should Jesus park himself at the top of Belmont Plateau overlooking Philly, would he remix beatitudes into a rally cry like this:

Yes to you whose spirits are wearied by quarantining and social distancing, whose imaginations have been stretched in this season of virtual everything, and others who have gone to great lengths to facilitate safe community to those who are especially vulnerable and isolated in the midst of the pandemic. Yes, And God’s dreams for the world include you;

Yes to you who grieve, who have lost loved ones to this cruel virus of COVID-19, who covet human connection in this season of increased isolation, whose relationships are strained, others who cry out as another Black or Brown life is slain, for the Walter Wallaces of our city and Breonna Taylors around our nation. Yes, And God’s love, peace, presence, and eternal embrace extends to you;

Yes to you whose voices go unheard, who are cut off at border walls and fences, whose self-worth has crumbled in battles with anxiety and depression, those who are differently abled, and  siblings who identify as gay or trans, queer or any other part of the rainbow community. Yes, And you are made in God’s beautiful image and welcomed members of God’s new world already here and yet-to-come;

Yes to you with a hunger for activism and advocacy, who go beyond cheap words and tirelessly organize for the end of hunger and poverty, homelessness and addiction, racism and all forms of injustice. Yes, And you will find hope and freedom in the good news that God is putting the world to rights;

Yes to you who offer second-chances and forgiveness, even to your worst of enemies. Yes, And you will find freedom as you are unbound from the pain of the past and lean into the mercy of the God of new beginnings and fresh starts;

Yes to you who cannot shake an unsettled spirit when you see another wounded or excluded, for nurses, doctors, therapists, educators, caregivers, and frontline workers whose empathy for others runs so very deep that you find yourself wearied by compassion. Yes, And you have the eyes and ears and heart of God;

Yes to you who practice peace in an age of violence, embody love in a world thirsty for vengeance, and extend grace in the face of retaliation. Yes, And you have indeed understood what it means to be called God’s witnesses in the world;

Yes to you whose name has been run through the mud, reputation tossed to the wind, arrested for siding with the oppressed, and others dismissed because the way your faith dares to get political and confront systemic and intuitional sins that have stunted human flourishing for far too many. Yes, And your labors are not in vain, rather carry God’s story forward.

Yes, blessed are all of you whose dreams have been labeled foolish, who have been rejected,, condemned, ignored, stymied or barred opportunity because of your commitment to the way of Jesus, to the point where you may feel like giving up. Yes, And you are not alone and will find joy in the resurrection parade of the Messiah and the movement of the gospel.

Do you dare see these divine affirmations of hope in the rubble of despair?

In this time of the twin pandemics of COVID-19 and increased realities of systemic racism, there are many churches and ministries who have risen up to embody the beatitudes in their time and place, in ordinary spaces at the intersection of God’s love and real human struggle. Recently I spent time with one of our worshipping communities in Philly whose congregants are neighbors experiencing chronic street homelessness. When I showed up to worship, I saw the founding pastor engaged in a conversation with a man about the cross she had around her neck. “You can have mine when the service is over,” she said. Apparently this is common practice for this church without walls. The pastor shared with me that it was a reminder of the blessedness and connection they shared on the streets, a reminder that they were beloved. And anytime someone asks for one of these crosses, they give it away as a remixed beatitude, if you will. It is not uncommon to see people on the parkway wearing these as they recline by the fountains or sit on park benches.

Today is significant for many reasons. Communion Sunday- when the faithful gather and scatter from Christ’s table that is the ultimate beatitude for us and the whole world. Blessed are all of you who come, eat, and remember. Today is also All Saints Sunday, when we remember those who have been the incarnations of these beatitudes before us, who lived into their discipleship in their time and place so we could do the same in ours. They are the cloud of witnesses who nudge us to build upon their discipleship, even to confess, confront, and correct the sins of their day as we move towards the day when all is new and right again. God knows there will be generations who will be asked to do the same after us. But today is also the last day before the last day to vote. Friends, my hope and prayer is that you would find beatitudes swirling around your hearts and minds, imaginations and, yes, your ballot, as you exercise your voice on behalf of those near and far whom Jesus called blessed. Yes, And may you not only cast this vote, but also dare to live into the words of Christ as remixed beatitudes in and for the world God so loves.
So how might you remix these beatitudes: Blessed are______ for they will________.
Amen.
Greg Klimovitz · Beatitudes Remixed for Such a Time as This
Posted by Greg Klimovitz
Labels: #BlackLivesMatter, Current Events, Holy Land, Lectionary Reflections, Liberation Theology, Racism, Religion, Sermons, Social Justice, Spiritual Formation
Newer Post Older Post Home