Advent and Apathy: What Millenials May Be Waiting for This December 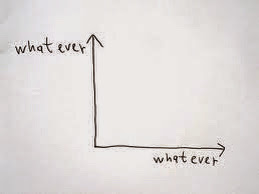 They say 95 percent of the world's oceans have yet to be explored. They remain mysterious and uncharted waters inhabited by the unknown.

You could say we mostly have a surface level understanding of aquatic life. We can make guesses and develop hypotheses, but in order to make new discoveries marine biologists must dive deeper.

Their real challenge is to plunge into the darkness of the 95 percent and remain open to the mystery before them. If researchers want to enhance their work, they must be willing to risk going places others have either previously hesitated or failed to explore.

But these waters are dark and mysterious, able to challenge most of what has been considered sure and certain for so long. It is far easier to cling to the five percent up top, where we have more of a history and control.

This past Monday at Lutheran Theological Seminary, theologian Andrew Root posited some rather poignant observations about the slow currants of younger generations in the church. Root suggested the demographic between ages 18-35 don't hate the church. "They can't," Root said. "You can't hate something you aren't connected to or involved in." Instead of the misconception that younger generations hate the church, Root exposed a much more challenging response: apathy.

Why such pervasive apathy?

The church* has demonstrated an unwillingness to swim in the same waters as millenials. Religious communities have hesitated to dive into the depths of curiosity and wonder that make up the lived experiences and raw questions of younger generations. In a sense, Root suggested the church and related preaching, teaching, and ministry programs, have copped out and merely hovered on the surface while generations continue to come and go, longing for a community to explore the complex mysteries and issues of the day.

The church has not adjusted the religious rhetoric or fostered environments where millenials can wrestle with God and find solidarity as they ponder...

....questions of faith and an suspicion about absolutes.

...ambiguities and insecurities related to identity and self-worth.

...inclusion of LGBTQ persons and others who frequently feel unheard and devalued.

...fresh takes on old biblical stories and Christian theology aimed at a way of being versus thinking.

...angst about long-term commitments and intimacy.

...a nation and world far too eager to wage war and expecting citizens to pay for it.

...increased pressures forced upon us by consumer culture.

...pervasive racism underscored by the deaths of and responses to Michael Brown and Eric Garner.

...unjust systems that protect the rich and powerful at the expense of minority groups and those on the margins of our communities.

...a financial future that will never again look like it did for generations right before us.

This begs the question, will the church snorkel in shallow waters of the five percent while millenials suit up in SCUBA gear and plunge into the darker and deeper waters of the 95 percent yet to be defined?

It's time for the church to join the youthful crowd, maybe even follow their lead, as they push us further. After all, they don't hate us. Actually, studies suggest they'd appreciate our company.

Advent is a popular time for millenials to show up at church. Despite misconceptions, many young people like the liturgy of seasons like Advent and Christmas. The challenge for the church, are we narrating the Jesus story in such a way that makes space for their honest questions and demonstrates we are wrestling with God in the same ways they are?

Karl Barth once wrote, "In the crib of Bethlehem and at the cross of Golgotha the event takes place in which God gives Himself to them to be known and and in which they know God."**

The God we proclaim at both Christmas and Easter, times when more than just millenials return to church, must be celebrated as One who entered as a child into the dark waters of real history. Our real obligation as communities of faith is to proclaim Immanuel as the One unafraid of a deep and mysterious world of pain, suffering, complexity, and various manifestations of despair and death.

We must make space for questions this time of year, too.

And many are waiting this Advent for exactly that. In light of the pressing issues of racism and unjust political systems, imbalanced economics, increased pressures of consumer culture, an increasingly violent world, uncertainties about financial futures and mounting debt, concerns about local and global poverty, and ever-shifting self-understandings and individualized identities- Advent is a chance not only to proclaim, but also embody all we believe to be true about who God is and where God may be calling us next. We echo the grace of a God who is as concerned about the mysteries and darkness of first-century Bethlehem as those of today's Ferguson, Coatesville, West Chester, Liberia, Honduras, and Washington, D.C..

Advent is a chance to validate the musings of younger generations who may be walking in the church doors once again or for the first time after prolonged seasons of apathy and avoidance.

Advent is when we dare to suggest the church is eager to hang out with younger generations in the deep waters of their lived experiences, unafraid of uncertainty and ambiguity, darkness and mystery.

Maybe then they will come back after the holidays.

I pray they do. The church needs them.

*When I say the "church" I am speaking mostly about the Main Line Protestant church I call my tradition and context.