Modern Family and Youth Under Pressure: An Episode Worth Watching 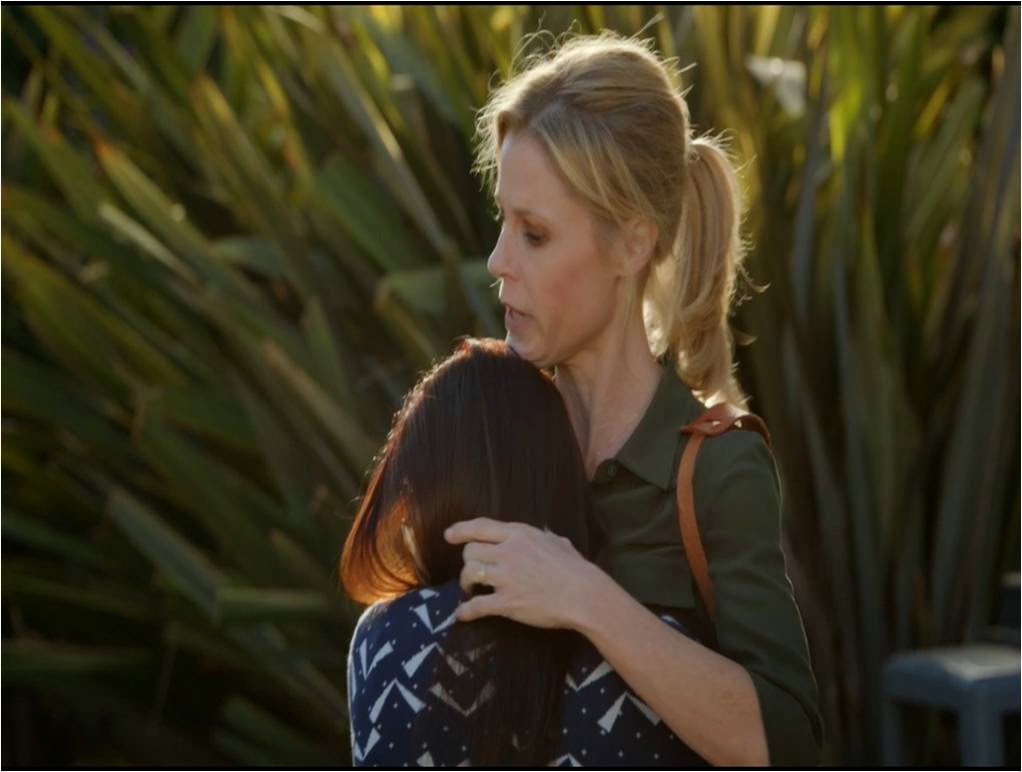 Once again Modern Family delivered a brilliant episode ("Under Pressure," Season 5, Episode 12) able to expose great truth to adolescent life and experience.  Yet what made this episode special was not the cameos by Jesse Eisenberg, playing an overzealous environmentalist, or Jane Krakowski, a manipulative mother who also happens to be quite good at dodgeball.  No, what made this episode special was the way the writers portrayed Alex Dunphy as a vulnerable teen unable to keep pace with academic and social pressures.

The producers, without warning, broke the hearts and provoked the consciences of viewers by concluding with a beautiful embrace between an empathetic mother and a tired teen. My eyes welled up a bit, certain I would fair no better than Claire Dunphy if I were to spend a few hours in youthful shoes within the oppressive climate of our mythical American dream turned nightmare.

The credits rolled and I wanted to call every single one of the youth of Imago Dei Youth Ministry and remind them they are not a number, test score, college application, or athletic award.

I wanted to hug them and say to them, you are not alone.

I also wanted to write about a few other insights from an episode saturated with relevance for youth, parents of youth, and all those who work with youth:

Children as Immortality Symbols of Adults
The competitive angst was no longer able to be contained when the parents broke into a therapeutic game of dodgeball. I guess you could say that's when the s#!t got real.  We witnessed what we know to be true all too frequently, parental zeal is often less about our kids and more about our own thirst to be on top. We want to be the victors and our children are simply the most efficient pawns in our game of success and race towards achievement.  David Goetz says it this way:


An immortality symbol is not really about the thing.  it's not about baseball.  it's not really about my child.  it's about the glory that the thing bestows on me.  I will be famous finally....Successful children are the ultimate glory in today's Park District and Travel Team culture...They are the ultimate extension of our selves. If glory means covering for your seventh grader, then so be it.  Parenting is hard these days; perhaps it truly is, as the saying goes, today's most competitive adult sport. (Death by Suburb 42)

This certainly is not true of all parents.  But it is true of enough to make this episode both comical and pertinent for formative conversations.

No Time for Cake; We Have Tests to Study For
The opening segment is priceless, "No time. No stories. I have SAT's...There is a sixteen-year old prodigy studying cancer research at Johns Hopkins. Sixteen! What am I doing? I'm eating cake! Cake! Cake!" Alex Dunphy reached a boiling point, fully aware her schedule and race to somewhere left no time for celebration or silly rituals like blowing out birthday candles.  There were people out there ahead of her and she needed to keep pace.

But at what cost?

Society's unrealistic and increasingly impossible academic, athletic, and economic demands, especially within the last 5-10 years, is draining the life energy and creative edge out of the next generation.  Teenagers no longer have time to stop, rest, play, and even celebrate what is because there is always what could be.  They cannot contemplate who they are because someone is always pushing them towards who they should be.

Then we are surprised when we learn of teenage angst, exhaustion, depression, and suicide. Many fear that's the only way to escape this race to nowhere.

Lord, have mercy. Christ have mercy. Spirit, intervene in and through those whom the care of youth is entrusted.

Where's the Empathy?
A few months ago I heard a speaker tell a group of youth, "I know what it's like to be in your shoes. I've been through what you've been through."  No, my friend, you have not. We have not a clue what it's like to be a teenager in today's climate.  And if we were to enter into it, even if just for a few hours, there is not a single one of us adults who would fair any better than Claire Dunphy.

That said, we must not shy away from the frequent embrace of compassion and remind youth, while we may not understand, they are not not alone. Even better, maybe we could grant them permission to say no, wave an occasional flag of surrender, or simply be told it's o.k. not to want to dance for six days a week or play on that travel baseball team.  We may even dare them not to sign up for AP classes as 15 year-olds and encourage them to take lunch instead (yes, some kids don't have lunch on their blocked schedules).

I would be remiss if I didn't drop a theological reference in light of Claire's concluding remarks, "I had no idea the kind of pressure you're under.  I was just you for two hours and I could barely hold it together.  I don't know how you don't have a meltdown everyday." While we may not be able to offer the purest empathy to youth in 2014, there is good news.  The God who dwelled among us, as one of us, also spoke words of subversion to all cultural narratives of pressure and angst,


"‘Come to me, all you that are weary and are carrying heavy burdens, and I will give you rest. Take my yoke upon you, and learn from me; for I am gentle and humble in heart, and you will find rest for your souls. For my yoke is easy, and my burden is light.’" (Matthew 11:28-30)

And this Jesus is also the One in whom all things hold together (Colossians 1:15-20), including the anxious lives of youth and adults alike.

So hug a teenager. Text a word of love to a teenager. Call a teenager and remind them they are not a number or test score. Maybe even take a teenager out to lunch and share with them that it's o.k. to rest and play, because they are made in God's beloved image regardless of their success and failures.  By all means, carve out time to simply listen to a teenager and hear their story.

May we do so before they crack under pressure.
Posted by Greg Klimovitz
Labels: Culture, Parenting, Spiritual Formation, Youth Ministry
Newer Post Older Post Home