Mary Not Only Knew, She Expected: #AdventWord Day 21 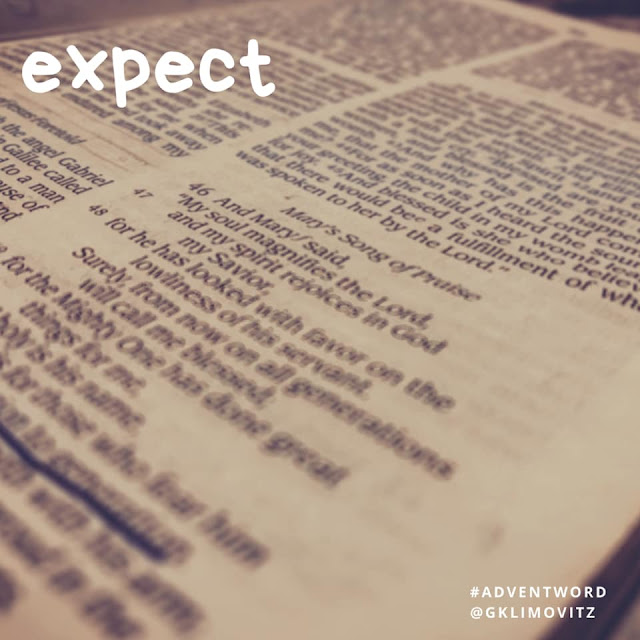 EXPECT
There are certain songs we expect at Christmas. Many are good; most are cliche. Don’t even get me started on “Mary, Did You Know?”
Too late.
Mary knew a great deal about what was coming in this One who now dwelled within her. She knew it so well she wrote a song about what she expected- with lyrics most church choirs hesitate to incorporate into their cantatas. She knew God had decidedly acted on behalf of the oppressed through this child gestating within her. She knew the abusive power structures were about to be humbled. She knew the rich were about to feel the tides turned. After nine months, the expectant Mary likely knew more about the child she would name Jesus than any other biblical writer. Yet, we often turn Mary’s mantra for this movement into trite spirituality. We theologically mansplain her refrain of resistance and do not expect it to stand on its own; we consult the likes of Paul or other New Testament writers as our interpretative lenses. We do not wrestle with the nuances of Mary to the same degree as other parts of the Bible. Not even close. That said, I wonder, what would it be like for Mary’s prophetic song to sing solo, to take hold of the platform it is due, and bring both the words of confrontation and comfort that could only come from the expecting Mother of God Incarnate? I wonder how this would shape the work and public witness of the church the other 11 months of the year? What would happen if her song became an expected Christmas anthem of resistance to our own powers on high, refusing to reduce Mary’s lyric any longer- not a single line? I don’t know definitively, but expect something radically different would be born.