I Don't Have Time: A Call to Being Not Possessing 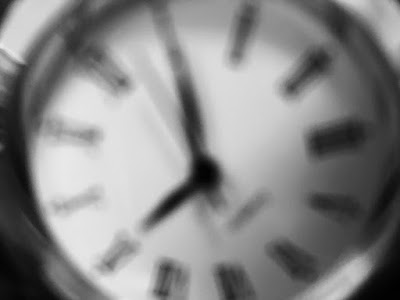 I don't have time.
There’s not enough time.
I wish we had more time.
Can we make time?
Who has that kind of time?

These are our laments as we tread water in the culture of productivity and performance. We lust after time and envy those who appear able to manage time with great ease. We may even resent those (or our much younger selves) who have the coveted free time that now eludes us.

Even the reference to time as free exposes our treatment of days and weeks as the greatest commodity in a culture of acquisition and achievement.

Despite our best attempts to create time through devices aimed to make us more efficient multitaskers, we still cannot attain enough time.  In fact, time escapes us at a greater rate in the digital age, as immediacy is expected of us and we are less able to be fully present in one particular time and place.

These are sure reasons for the popularity of Twenty-One Pilot’s hit single, “Stressed Out”:

"Wish we could turn back time


to the good old days


when our momma sang us to sleep but

While we may like to think this is a new kind of phenomena unique to the modern man or woman, the reality is, time has been vulnerable since the beginning. Humans have always wrestled with time, sought to control time, and have even used time as a means to oppress others in pursuit of power.

Along the way, religious traditions have crafted related narratives, rituals, and liturgical praxes to reframe time as neither nemesis nor collateral but witness to the divine presence and sacred space to encounter the holy.

And the sacred cannot be manufactured, contained, or subdued.

In Abraham Heschel’s classic, The Sabbath, he writes:

"There is a realm of time where the goal is not to have but to be, not to own but to give, not to control but to share, not to subdue but to be in accord.  Life goes wrong when the control of space, the acquisition of things of space, becomes our sole concern” (3).

This is one of the reasons Jesus was so agitated by the resistance of the Pharisees when he healed on the Sabbath. The Sabbath had become a thing of space and an object of human control and subduction. When a chance to love neighbor was juxtaposed with their harnessing of time, they optioned for the latter at the expense of the former created in the image of God.

We do not need more time. We dare not obsess over the protection, preservation, or ill-fated attempts to manufacture time. Instead, we are to aim for a particular way of being within the time and space God has given us each day, to include those set apart as holy. This way of being is centered around giving, sharing, and aspiring not to control or possess but to move in accord with the sacred, even when time feels pressed at best.

Only then are we able love those we encounter in every time and place and avoid becoming so very stressed out.

Maybe that was the purpose of Sabbath all along.
Posted by Greg Klimovitz
Labels: Culture, Religion, Spiritual Formation
Newer Post Older Post Home