Play Like a Raven? How #RayRice has exposed a society still naive to the realities of domestic violence 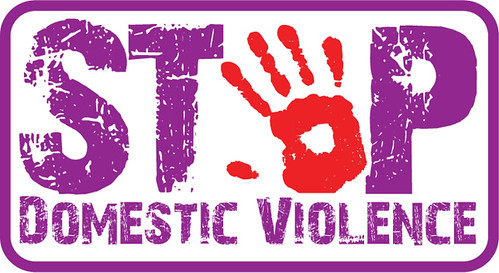 I have been a Ravens fan since they moved from Cleveland to Baltimore in 1996.

I was at their inaugural game.

I celebrated, with a housefull of family and friends, their first and second Super Bowl championships.

I have endless memorabilia (or what my wife calls, "junk") related to their history and success as an NFL franchise.

And that is what the Ravens are known as around the league: a successful and model professional football organization. The Ravens are frequently lauded for their professionalism and ingenuity, solid draft picks and stellar defense.

They have warranted praise for consistent success over the last two decades.

That is, until they failed. The Ravens failed. The NFL failed. Many sports pundits failed. Fans have failed. Social media trolls continue to fail.

The organizational mantra, "Play Like a Raven," is under review.

The Ravens and NFL eventually got the call right by cutting and indefinitely suspending Ray Rice, but their response was much too slow. A tragic parallel to most incidents of domestic violence.

Ray Rice exposed the ignorance we continue to demonstrate as a society when it comes to Domestic Violence and Abuse. Ray Rice also exposed how we are all mere pawns in corporate games of capital gain and empire construction.

I am grateful Domestic Violence is a trending topic on social media platforms, stirring awareness, funds, and much needed advocacy on those who frequently suffer in silence. Still, I am throwing my yellow flags of caution and concern as #RayRice continues to dominate our news feeds.

The questioning of why she stayed with and wed the very man who threw a right hook and drug her unconcious body out of an elevator only shifts blame upon the victim. Abusers and their lawyers, even employers, wickedly navigate ways to maintain control and soften the blow of responsibility and consequece. A victim's economic circumstance, parental responsibilities, and simple uncertainty and fear about life without their spouse or partner (read: abuser) are frequently leveraged against them as yet another means to ensure power and control.

Ray Rice is the offender. Janay Rice is the offended. Let's not shift blame and play into the very hand of those who are paid a pretty penny to acquit the assailant. Even when and if she continues to defend her abusive husband. [Check out a Related Post on #WhyIStayed and #WhyILEft]

Addressed Only When Caught: This tweet says it all.

The NFL, like many institutions, organizations, corporations, and political figures, has a lot of dirty laundry. They don't like it aired out, but sometimes the public catches a whiff of the odor and only then do they consider possibilities for washing away the residue of responsibility or responding to social demands for change. We are naive to think the NFL is as innocent as we are, as though TMZ has more access to elevator video than a multi-billion dollar industry. Football runs this country from September, nay April, through the first Sunday in February. It's worse than corporate Christmas. It's time we held them accountable and said enough.

Which doesn't mean burning your Ray Rice jersey only to purchase a new one. The NFL would love that.

Maybe consider something like what this Baltimore pizza shop is doing with every jersey turned in- donating to a local DV Center.

Hold Athletes Accountable to Higher Standards: I know guys like Charles Barkley dismiss their role model status. I beg to differ. While my kids will be cautioned not use the likes of football players and celebrities as their unquestioned heroes, they still are public figures. When you are in the entertainment industry, you bear certain responsibility to your audience who makes your profession possible. And many of the fans in sold-out stadiums are children and youth who have instant access to off-the-field antics, too.

You are accountable. So are the teams and leagues who employ you.

Player conduct, even away from the locker room, must become a greater concern. And not only as a good business plan, although it probably is, but also and especially because it's your human obligation. Domestic violence is a very real problem that many children, youth, young men and women know all too well. We must have a consistent message from playground to fifty yard-line, high school hallways to casino elevators, violence is never to be tolerated. Victims of assault are never the ones to be blamed. We are forever on the side of the abused and offended.

This past Sunday I missed the Ravens game. Apparently I didn't miss much. Instead, I was at a fall kickoff event at our church where attendees could make their attempt to dunk this Youth Pastor in one of those carnival-esque dunk tanks.

Way too many succeeded.

Funds raised went to support the Domestic Violence Center of Chester County. We laid out a purple table cloth and gave away purple wristbands as a simple move of solidarity with those in our community who are victims, better said, survivors of domestic violence.

Purple was the color of my Sunday. And not because I was wearing Ravens gear, which may not occur again for a while.

Purple was the color of advocacy and awareness.

Maybe the Ravens should consider the same.

[updated at 11:00pm: Ravens Owner did just that and delivered a letter of apology and announce a partnership with local DV program and advocacy center in Baltimore. Click here]