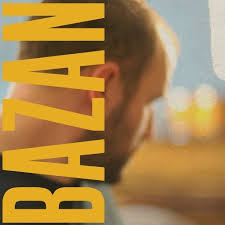 Some of the more prophetic and insightful artists are those poets who possess within them a certain amount of earned cynicism. Their raw reflections are sung or written not as naïve spectators, but as individuals who have wrestled in their own way, sometimes quite painfully, with reality, faith, God, community and the paradoxes that stem from all these and more. In that vein, I have found myself increasingly intrigued by and engaged with the depth and breadth of David Bazan’s (former member of Pedro the Lion) album, Curse Your Branches. Bazan writes about his doubts, frustrations, beliefs, and criticisms with infinite doses of clever imagery that illuminates emerging cultural angst related to the biblical narrative, people of faith, his family, and related upbringing, etc. As I listen to his album over and again I find my ears perked by particular lines that have drawn to the forefront of my mind everything from Jesus’ beatitudes to the poetic musings of Job (“In Stitches"); even Karl Barth has a slight nod in one of the songs (“Bearing Witness”). In essence, this album is sure to provide you with hours of honest reflection, cultural hermeneutics, affirmation of your own cynicism, and even pure delight in good music both instrumentally and lyrically. Here are some of my musings:

Hard to Be  (Track 1)
There is no better way than to start this sort of album than with Bazan’s own confessional montage. The reductionism of the creation and fall narratives promoted by many-o-evangelicals fails to quench the theological and existential thirst of this cynic (and others, including myself on occasion) who longs for a better rationale related to the difficulty of being “a decent human being” and the reality of a world in distress and exile. Even worse, Bazan notes that the moment he begins to question pat answers and cheap clichés he is cast as a lost child whose family fasts and prays for his return to their claim of truth. Apparently there is no room for dialogue, no hope for questions, no excuse for critique, and certainly no congratulation for speculation. That said, I wonder if this song is less of a personal anecdote and more of an ecclesial parable.

Bless This Mess (Track 2)
This is probably my favorite of all. My initial thought was, if only this was how the church preached the beatitudes. Bazan crafts a beautiful mosaic of sort that parallels those elevated and embraced by the revolutionary Rabbi and hospitable Messiah as he spoke while seated on the rural hill somewhere near Galilee. I love this song because, unlike most sermons or church teachings, Bless This Mess serves as an announcement versus how-to steps climbed for entrance into some sort of spiritual nirvana or heavenly and eternal kingdom. I wrote this in the winter as I wrestled with Jesus’ teachings and announcement and dialogued about them with the youth in our congregation:


Blessed are the religious doubters, seekers, and those who have more questions than answers, for God’s dreams for the world include you
Blessed are those who grieve the loss of loved ones, whose parents have split-up, whose relationships are strained, for God’s love, peace, and presence extends to you
Blessed are those whose voices go unheard, whose self-worth has crumbled, and those who no longer feel comfortable in their own skin, you are made in God’s beautiful image and welcomed members of God’s new world that is already here and yet-to-come
Blessed are you who long for the world to be made right, who seek the end of poverty, homelessness, disease, hunger, and all forms of injustice, for you will find hope and freedom in the good news that God is putting the world to rights
Blessed are you who offer second-chances and forgiveness, even to your worst of enemies, for in the same way has God offered you new beginnings and fresh starts
Blessed are you who choose peace over violence, love over vengeance, and grace over retaliation, for you have indeed understood what it means to be called God’s people in the world
Blessed are you who have been cut from sports teams, excluded from clubs, isolated from crowds, rejected by supposed friends, abused by those claiming to love you, misunderstood and gossiped about, even for your commitment to the way of Jesus, for you are not alone and will find joy in the resurrection parade of the Messiah and the movement of the gospel.

Unfortunately, this is the prolegomena of many theological conversations and evangelistic tricks. A God of compassion, the relational and communal Trinity, dreams of new creation, a kingdom of liberation and peace, incarnations of love and grace, and the central narrative of the Messiah who endured the “curse” for all for the salvation of all, are preferred starting points yet relegated to footnotes, if mentioned at all, within many conversations of faith and Christian witness. What would it mean for the Christian Church and for individual believers to evangelize with phrases like “come and see” and then invite others to follow Jesus into faith, albeit stumbling along the way? What would happen if people of faith asked “can I tell you a story” and then proceeded to illustrate the kingdom of God alive and well in the here and now as God’s people practice the resurrection, often in connection with the poor, the oppressed, the sick, the downcast, and those isolated from community? What would occur if the church was open to questions and, not necessarily as quick to answer, but humble enough to begin a dialogue and journey together with those frustrated and bored by cheap, reduced, and detached answers?

I am not going to explore all the songs on this album, as even the ones above are raw and incomplete. Furthermore, I have found that as much as I love this album, I can only swim in cynicism for so long before I find myself drained, although temporarily, of any sense of hope and optimism. That being said, it is fitting to listen to Bazan with the lyrics of another great artist, Ben Harper, echoing in the heart and mind, “What good is a man who won’t take a stand? What good is a cynic with no better plan, I believe in a better way.” (“Better Way,” Both Sides of the Gun, 2006). There is a better way. There is an alternative to reductionism and evangelical scare tactics. It is the way of Jesus. And this Jesus gathers the fallen leaves from the cursed branches and resurrects something new and beautiful out of them both. This is good news for all the world, even for the rawest of cynics.